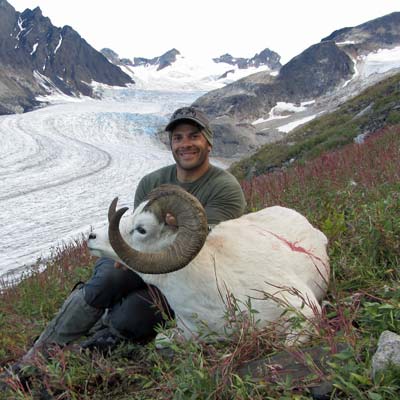 Tony Marchini is a born and raised Alaskan. He grew up in rural Alaska and has been hunting, trapping and fishing since he was seven, taking his first caribou when he was nine. Tony loves the outdoors and feels the most at home when he is out there. His 14 years of wildland fire experience as well as his hunting experience have made him an educated outdoorsman, and is comfortable in even the most inhospitable weather and situations. Tony is a bush pilot as well and loves to spend his off time flying in remote Alaska and landing on ridge tops and gravel bars in his supercub. Tony’s two favorite animals to pursue are the Dall sheep and Brown/Grizzly bears. Calling in a big old bull moose is pretty exciting as well. Having had success of his own hunting, Tony’s true passion and enjoyment now come from getting an individual their first animal. He looks forward to giving you a trip of memories and experiences of a lifetime.

Kyle is a third generation Alaskan resident originally from the Copper River Valley. Though he lives in Palmer now, much of his subsistence way of life hasn’t changed. Throughout the year he can be found hunting and fishing with his wife and daughters to keep their freezers filled with everything Alaska has to offer. High mountain hunting is Kyle’s passion, especially when it involves sheep or bears. Growing up listening to stories of his Dad’s guiding, it has always been a dream of Kyle’s to help hunters achieve their dreams as well.

Raised near the Bob Marshall wilderness in Montana, Nate tagged his first deer at the age of 12. After making his way to Alaska in 2001, he fully immersed himself in any hunting and fishing opportunities that Alaska had to offer. Although he enjoys all hunting, Nate truly gets a kick out of being above tree line. He has harvested moose, bears, caribou, whitetail,  sitka blacktail deer, mountain goats, bison, water buffalo, and sheep. When not out hunting, Nate can probably be found in Homer on his fishing boat, or at his home in Sterling, AK running his sawmill

Travis Preuit was born in Wyoming, raised in Montana, and moved back to Wyoming after college. He is married with one son.  Travis grew up hunting and fishing with family in the mountains of the lower 48 and his first horse backcountry trip was at the age of five.  He has been guiding hunters since he was 15 years old and has experience with all species the mountain has to offer. Since 2017 Travis has been guiding full time and looks forward to every season. Travis loves guiding and truly looks forward to helping others fulfill their adventures and experiences. 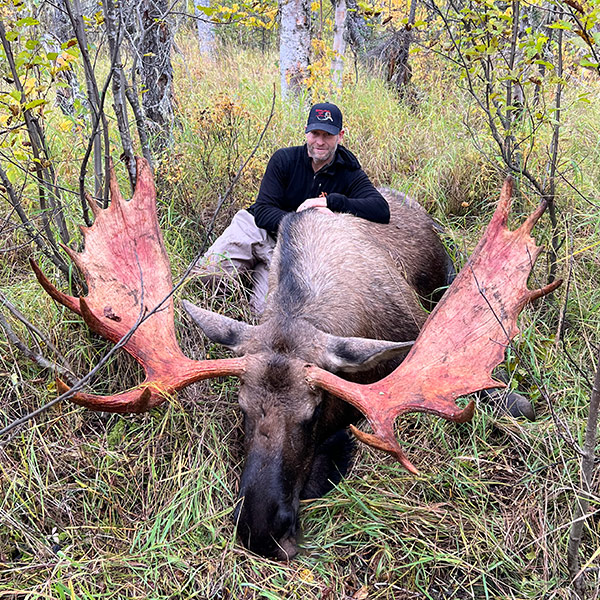 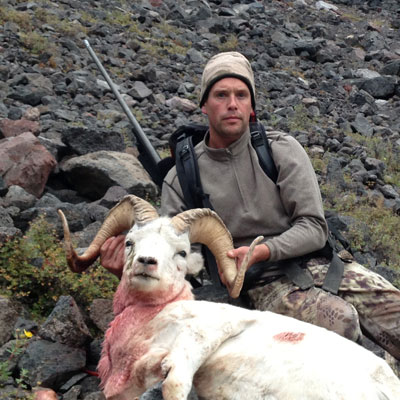 Nichalas was born in Oregon and raised in Alaska from the age of ten years old. He understands the demands it takes to bag a true, once-in-a-lifetime trophy animal.  He is known for his enthusiastic attitude, endless endurance, and commitment to putting hunters on full curl RAMS. Nick has 25 years of big game hunting experience. Since guiding for Hidden Alaska Guides and Outfitters, he has proven to have an aptitude for putting clients on the target game.  You will not find a more positive guide than Nick that excels at personal experiences while taking an animal in the Alaskan outback.

Cooper was born and raised in the Mat-Su valley of Alaska, and after spending a year outside of the state he was drawn back by the hunting and fishing he grew to love as he was growing up. While hunting the Alaskan mountains is Cooper’s primary focus and love, bear baiting, bow fishing, and chasing large lake trout fill the remainders of each year. After graduating from the University of Alaska Anchorage with a degree in Physical Education and Recreation, Cooper is looking forward to the coming years working around the state in remote hunting areas. 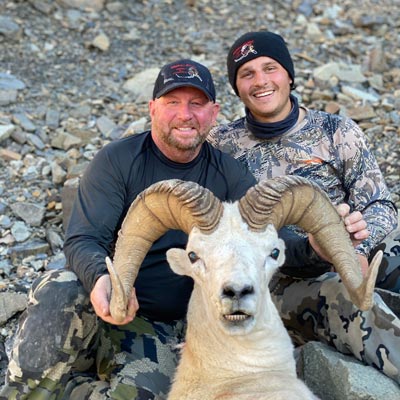 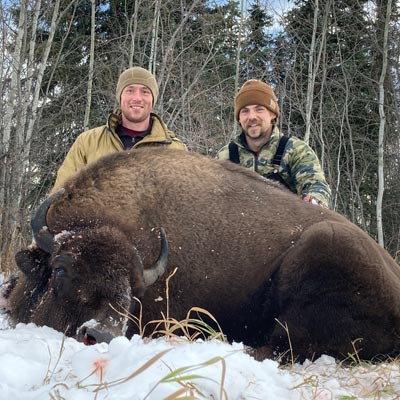 Jake moved to Alaska in 2005 as a teenager and has spent the last 15 years hunting, fishing and exploring the wilderness of Alaska. In 2020, Jake joined the team at Hidden Alaska and even though he is a rookie to the guiding world, he has been intimately involved in the taking of Dall sheep, mountain goat, brown bear, moose, caribou, bison and Sitka blacktail deer. Jake’s passion for hunting is rooted in the experience of thriving in the backcountry, all the while hunting some of North America’s most iconic wildlife. Hunting is much more than a hobby for Jake, he considers it a defining attribute of his life. When he isn’t spending time in the mountains, Jake can be found working on his family farm, growing food for his family and community.

The best part of hunting in Alaska is being outside, in the environment that these animals live in.  Jacob was born and raised in Alaska. He has spent my life outside, hunting or backcountry skiing.  Sheep hunting is the pinnacle of Alaska hunting. Being outside, in the mountains is the best place in the world to be. Perusing the animal is only one small part of the experience though.  Spending the time enjoying the entire “process” is the most important thing. You will find with any Hidden Alaska guide that the kill is only a small part of the process. I hope that as a guide I will be there with you to enjoy the overall hunt. From the flight in to the flight out.  All animals that we hunt with Hidden Alaska have there own special place and you can’t go wrong with what animal you choose to peruse.  Bear and moose are very exciting to hunt. Having a large boar come in will always get the blood pumping. 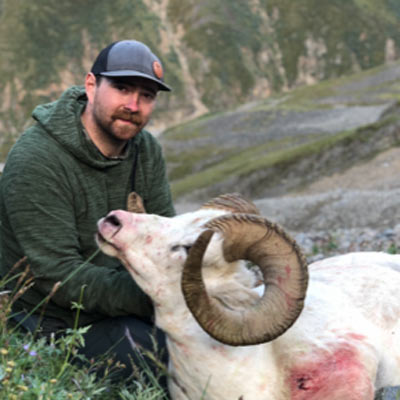 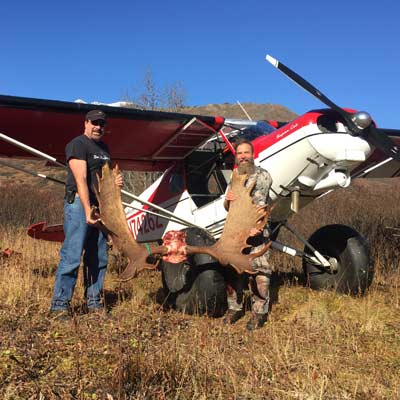 Joe is more than our resident air charter service pilot. Joe is an integral part of our team. Joe’s experience in Alaska dates back to the 90’s when Joe moved from Washington State to pursue his love of flying–bush flying. Joe’s skills in landing on snow covered slopes, or on narrow gravel bars are second to none. Because he also flies areal surveys for the Alaska Department of Fish and Game, his knowledge of wildlife is unmatched. If you happen to book a spring bear hunt with us, make sure to prod Joe into telling his story of how God spared his life following his brown bear mauling. You will leave inspired and a better person after spending time with Joe.